The Immediate Benefits of Meditation

So you've read the "So You Wanna Meditate" entry and you've been giving it a go. Within a week or two you should begin enjoying the benefits of a more disciplined mind.  Detrimental and counter-productive states of mind are essentially habitual thought patterns that people get swept away in.  These, in turn, result in behavior that is generally counter-productive to one's own well-being.  The mental discipline that meditation imposes breaks up these patterns.  For example, let's say that the water bill always arrives between paydays, normally causing you to get sucked into a vacuum of worry and anxiety.  However, on this particular day, you have been practicing the meditation that I have just described to you for a week prior to opening the water bill.  This time, you notice the thought, "What if I don't get paid as much as I need to cover my overhead?"  Normally a stream of thoughts like, "Man, I'm so scatterbrained at work.  My boss hates me.  I'm a failure.  I'm going to be living in a box by September." would be right on top of the first, snowballing and burying you in an incapacitating sense of anxiety, helplessness, and despair before it would even register that an imaginary story was starting to unfold and that you were buying it. 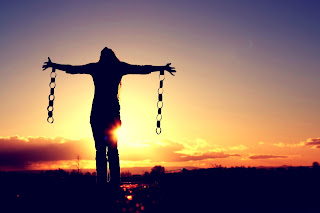 This time, however, you notice a break in the continuity of the stream of thoughts.  Just after the initial thought-reaction to the letter, you find an empty space that isn't normally there.  It's small.  If you blinked you'd miss it.  But it's enough that you have time to notice the first thought, recognize it for the worthless baggage that it is, and simply let it go; just like you have been practicing letting go of thoughts in meditation.  At this point you make use of this new-found free time to go follow up on some leads that later land you two significant contracts at work the next day.  Whether this example may or may not describe a specific pattern that you deal with, the thought-reaction mechanism underlying it is universal.  It is only the details superimposed over these tendencies and the degree to which people are influenced by them that vary.

Meditation gives us the space to break out of the boxes we shut ourselves into.  It gives us a chance to drop the stories that we carry around.  What is left in their wake is the opportunity to approach each moment and each situation fresh; free from the influence of the mind's unrelenting chatter. 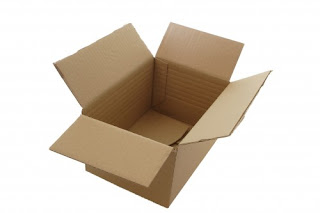