Shaktipat is the transmission of Grace from a self-realized Master to the seeker.  Grace is the revelatory power of Shiva (Consciousness, Brahman, or God if you prefer).  It is too subtle to see, hear, smell, taste, or touch, but it is a real thing.  If you're thinking about your spiritual practice in terms of burning off karma/mental conditioning, which is a good way to think about it because mental conditioning is what obscures the perception of Reality as it really is, shaktipat takes you out of the fridge and tosses you in the frying pan.  It accelerates one's practice and the fruits thereof exponentially.  It can occur spontaneously or by any act of intention on the part of the Master or one authorized by him to initiate the process by their own intention. 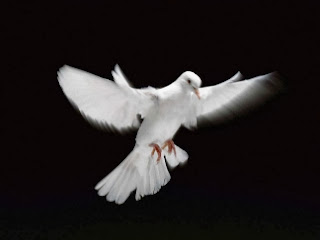 I sat down, alert and prepared to recite the given mantra for quite some time, while looking at my Guru's picture to keep my mind on Him, as per the instructions relayed to my by my mentor, Swami Shivananda Giri. I wasn't doing japa (mantra repetition) for more than a couple minutes before shit got real. The colors in the picture that I was looking at and that I had looked at 100 times before began to change from very low saturation/high contrast to very saturated/almost fluorescent, oscillating between these two extremes very rapidly, in a fashion similar to that of a strobe light. I stopped, rubbed my eyes and looked back at my photograph. Still strobe-y. Rub eyes. Look again. Still strobe-y. As I sat on the same meditation seat I had been sitting on for a month, looking at the same picture I had been looking at even longer, sober as a judge, I marveled at the feat of psychedelia before me. I had to acknowledge that this was really happening. My 3rd eye was wide open. My pineal gland was working overtime. My ajna chakra was highly energized. LSD, mushrooms, mescaline; they've got nothing on Shaktipat in this regard.

It was at this point that I returned my full attention to the mantra and the photograph. My Guru's likeness, still in full-on strobe light mode, began to come in and out of focus. As it would come back into focus, occasionally I would see the same likeness except, somehow, I knew Him to be a Tibetan monk. Then He would return to His usual caucasian, Hindu-style monk likeness. The part I have the most trouble explaining and understanding is how His facial features or any other aspect of His likeness never actually changed at all. At one moment, I simply knew Him to be a monk of a more Tibetan, Tantric flavor and ethnicity and then He was the Mahamandaleshwar that I know and love in this form He currently takes. It all really defies logic. It doesn't matter. It just is.


At this point I was about 5, possibly 10 minutes into Shaktipat when, very suddenly and strongly, the urge to lay down came over me. I took the short trip to my bed and continued to look at the picture and recite the mantra until, very quickly, I fell asleep. I awoke to find my body feeling very sore and performing a hatha yoga posture called chakrasana.  I vaguely recalled dreams of meeting and interacting with various saints; One I argued with on facebook, another gave me lessons in hatha yoga, in another I saw Swami Shivananda take the form of an eagle and go meditate in a very nice-looking and secluded spot, where he returned to his human form. I could see this all from where I was sitting. I called Him on a cell phone and told him how I wished I could do this. He told me I could and, eventually, I did.

I had been invited, for no reason apparent to me, to come to Hollywood to sit at my Guru's feet. This


is the day I believe I will refer to as my Divya Dikshadan; the big Shaktipat. On the 2-hour drive from the fog-capped mountain town of Crestline, down to Hollywood, I had felt a softball-sized, gentle but persistent, pressure extending from the area slightly above my eyebrows all the way down to and well behind my nose as I silently repeated my mantra. When I met Him in person, I was so absorbed in trying to take in as much of what He was saying as I could that I almost didn't notice His face going out of focus and disappearing behind a red haze with only His eyes peering through.


Many things occurred on this and subsequent days that I sat at His feet. Some I noticed. Some of these were very meaningful and personal to me. I may keep them close to my heart until the day I leave this body. Others challenged my perception of what a fully realized human being is; It certainly defies any clear-cut textbook definition. I think the most important things that happened were so subtle I didn't even notice them occurring.

At one point I asked Him if He could dial up the strength of the Shaktipat since I felt like I could handle quite a bit more (even though I occasionally found myself wandering around after our meetings in a daze, somewhat unsure of my ability to operate a motor vehicle). I was displeased that He told me any more would kill me. What I was perceiving didn't seem profound enough. Now I am home, about a week later, still reeling from the effects.....reeling and contemplating. What exactly did happen? I'm still not entirely sure. I do know I will have quite a bit more to say about it someday. I don't think I've even scratched the surface in terms of detailing the events that will ultimately prove to be of any importance. Really all I've attempted to do here is relate the phenomena that I witnessed to point out the fact that something definitely did happen. More to come.

--
* I signed my name "Sita Ram" because, when I was following Guruji's instructions to drive from where I was staying in Kentucky to visit him in Los Angeles, I heard the words, "Jai, Śrī Sita Rām!" arise from within; from somewhere deep in my heart during meditation.  I didn't know what any of these words meant at the time, but later found out that the meaning was significant.  At any rate, this ended up being my name for a while.  When Guruji made me a Swami, he changed my name to Anantānanda.

Posted by Brandon Ballentine at 11:54 AM No comments:

What is Expected of an Initiate?

Those of us affiliated with the Western Church of Sanatana Dharma do what we do for the sake of helping people to become enlightened.  To become enlightened requires self-effort and Guru's Grace.  Self-effort alone only takes one so far on this path.  But when self-effort is aimed at performing the practice prescribed by the Guru, as well as rendering service to the Guru (Guru Seva), it takes one all the way to the goal because this sort of effort draws Grace.  Grace is the revelatory power of Shiva and this is how it is earned.  If you would like to have this relationship with our Guruji, taking him as your Sadguru, this is what is expected of you as new initiate:

1. Meditate two times per day for at least 15 minutes.  DO NOT meditate for more than 90 minutes in a single day until you are deemed ready.  Too little won't get you anywhere, too much is dangerous.  The energy or Shakti that is received from the Guru by doing this practice will hurt you if you exceed the time limit without meeting certain qualifications.  Use a timer.  It's a big deal.  See So You Wanna Meditate (book) for more specific instructions on exactly how to meditate.  This info can also be found on this blog.  See the "Resources" section of this post for the relevant links. 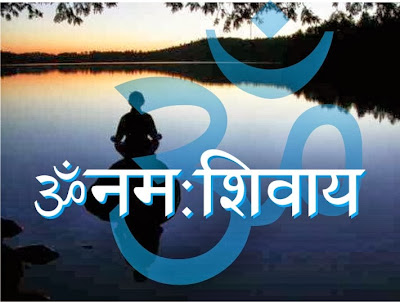 2. Perform japa (mantra repetition) on the mantra, "OM Namah Shivaya" (pronounced: OM na-MAH shee-VIE-yah) by simply repeating the mantra mentally throughout the day as much as you can remember to do so.

3. Begin reading or chanting the Guru Gita daily.  I chant the whole thing in Sanskrit every morning after meditation.  It makes heat and energy surge throughout my body, causing me to become very blissed out.  You don't have to chant it and you can gradually work up to reading the whole thing.

4. Read the book, Play of Consciousness, by Swami Muktananda.  Baba,

as he is affectionately known, is my Guru's Guru.  The book contains info that is valuable to anybody who is considering taking part in this lineage and its reading also confers a whole lot of Shakti or, in other words, it causes one to draw more Grace.

5. Send me daily updates until further notice (even if I don't respond every time).  Otherwise, weeks or months could go by before you are performing your practice the way that we are actually trying to get you to.  This way, misunderstandings get sorted out much more quickly.  Carbon copy all emails to Guruji by typing his email address in the "cc" field of the email (make sure to ask for this because I'm not going to post it here).  He will see these and may occasionally tell you to do something differently than I have.  Always defer to what he says when applicable.

The level of initiation you have received if you have chosen to begin meditation and mantra in the way that I have instructed is called mantra diksha.  Initiates who carry out these instructions well and wish to expand their practice will have the opportunity to be initiated into higher levels of knowledge, such as shaktipat diksha.  People who put in this work generally are happy enough about how it impacts their life that they eagerly choose to deepen their practice.  May your efforts be blessed: OM Namo Narayana.

Posted by Brandon Ballentine at 2:42 PM No comments: