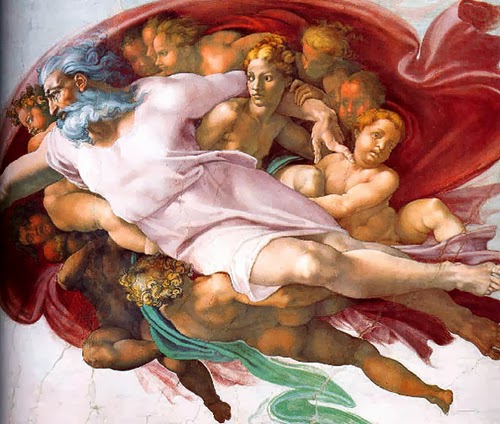 A man by the name of Rick Dean Coste wrote a blog series titled, The Problem of Suffering: God Fights Back.  In part one, Coste states:

Coste further states that if 1 is false, then 8 is automatically true.  Finally, he states that an argument against 6 is demonstrably incorrect.  I would counter that he is correct on the first point and either right or wrong on the second point, depending on how you look at it.  As per the philosophy of the nondual Shaivism of Kashmir, 1b (God's omnibenevolence) must be qualified more than presented here in order to be a true statement.  Thus, the concept of God familiar to most doesn't exist.  However, if we qualify God's omnibenevolence by positing that the suffering of the world serves an ultimately worthwhile purpose, we are now in agreement with the some of the deeper philosophical underpinnings of Kashir Shaivism (and related philosophies which also are both theistic and monistic) which, incidentally, does not demand the acceptance of point 3 of Coste's list for this reason.

Regarding Coste's point addressing the reality of suffering:  While our common experience certainly testifies to it, the suffering inherent in 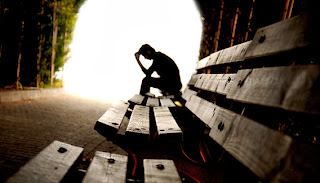 the world is real only about as much as the suffering experienced in a dream is real. It sucks when that is where one's attention is but, when awareness goes elsewhere (i.e. when we wake up), it is either a memory (subjectively real) OR it is forgotten and, therefore, nonexistent.

Thus, if we can agree to amend Coste's point 1b and point 6 of Coste's flow chart, points 3, 7, and 8 are no longer a logically valid conclusion.


All of this world is God's dream, God being the totality of Consciousness - the ultimate Gestalt.  Suffering hinges upon the principles of certain natural laws.  The various spiritual and religious paths put us in harmony, to varying degrees, with these natural laws.  People at odds with them suffer more.  Following the spiritual path to its climax, one realizes the Self to be the dreamer rather than the dreamed.  At this point, one is beyond the dream, the principles which govern and sustain it, and the suffering intrinsic to it.  This is the splendor of self-recognition.  In the words of Swami Vivekananda, "He is an atheist who does not believe in himself."

I present these points for consideration because my own experience has lead me to these conclusions.  Having known great suffering and the bliss of self-knowledge alike, I say that, truly, all the suffering in the world is worth even a taste of that nectar.  I recommend neither taking my word for it nor accepting any other model of reality based on logic and reason alone, as thought is only useful up to a certain point.  The wise counterbalance the intellect by engaging in practices like meditation (one-pointed concentration, as distinct from prayer or contemplation), self-enquiry (a specific mode of contemplation), and keeping the company of and rendering service to one who is self-realized already.  These are the methods that all who have come to know the truth of what I say unanimously recommend. 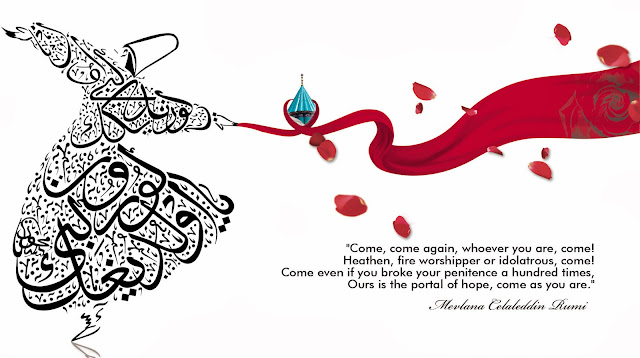 Posted by Brandon Ballentine at 6:59 PM No comments: