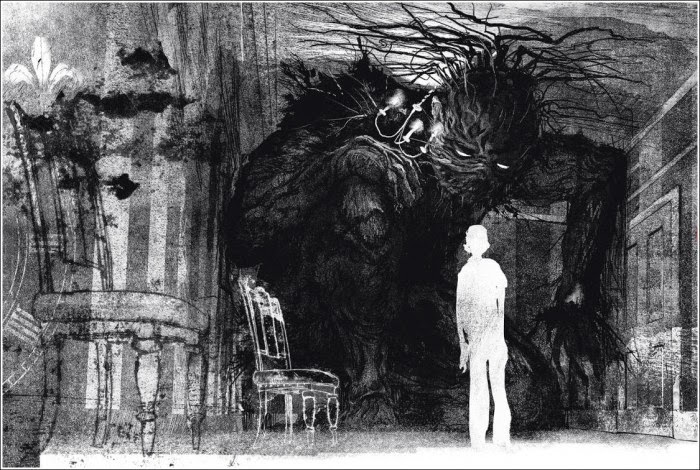 To paraphrase Nietzsche, the danger in fighting monsters is that of becoming a monster oneself.  Why do we feel the need to fight monsters?  First we must perceive "I" as distinct from "an other".  At the heart of the matter, all is resolved into Oneness.  But when we fail to perceive this, the sense of separation prevails.  This is the root of all of our troubles.  When we perceive some other who is somehow deemed a threat or is sufficiently "bad", the tendency is to get up in arms.  This fuels the psychology of separation even further.  There arises a battle between "us" and "them".  In a neat little twist of irony, Reality proves that, ultimately, we are all One...even via the medium of our misguided efforts at preserving the separate self at the expense of the others who threaten it.  We become the monster we fight.  We're not different from it.  The only reason that we don't generally see this is broken empathy and short attention spans.

A terrible thing happened to Jews during the German holocaust of World War II.  It was the attempted, and partially successful, genocide of an entire race of people.  Men, women, children, it didn't matter.  I met a woman who was a holocaust survivor when I was eight-years-old.  The pain that was still with her all those years later was palpable.  It was a terrible tragedy and a crime against humanity.

Today, the nation of Israel, still dredging up the collective pain of a persecuted people, has become the persecutor.  Israelis and Palestinians occupy the same territory.  Some of the people of Israel have done some unsavory things to some of the people of Palestine.  Some of the people of Palestine have responded in kind.  This has turned into an ever-escalating back-and-forth cycle of hatred and retaliation.  Now the State is poised to wipe the Palestinians off the face of the earth altogether.  The Palestinians have been fenced into the tiny Gaza strip.  The infrastructure to support life has been systematically destroyed.  Men, women, and children are being bombed daily - presumably along with militants - in schools and hospitals.  Politicians and citizens alike have openly declared in various ways that complete and utter genocide is the only desired outcome.

Was every WWII era German a racist?  I know from historical examples that this was not the case.  You couldn't get me to believe that every Israeli or every person of Jewish descent condones the actions of the Israeli State.  Yet it seems that the State, the stated purpose of whose inception was to find asylum from racism and persecution, is (apparently quite successfully) promoting the exact same racism and persecution upon the Arabs of Palestine.  Fighting one particular monster, some Jews at least have become that very monster themselves. 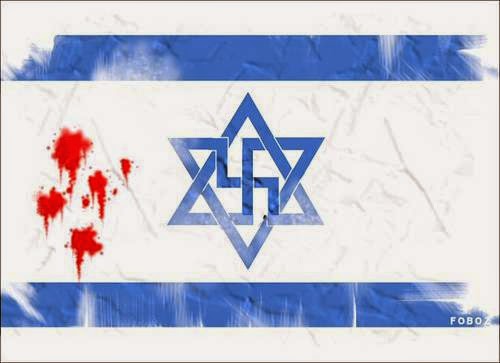 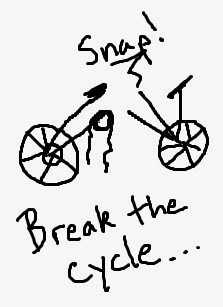 And what of the Arab survivors and refugees of Palestine?  They will now be faced with the same choice.  Essentially, that choice is whether to continue feeding the perception of "Us" VS "Them" - Arabs VS Jews in this case - with hate, or somehow chalking it up to a tragedy and trying to move on - refusing act out of hate or fear.

While all of this is going on, the Western world (and India) continue to be whipped into a frenzy about militant Islam.  Some Western women are still begrudging their now-remedied but historical status as second-class citizens.  As a result of this, men are being presented by some as the cause of this problem or that.

In other news, people are currently alternating between protest and rioting in Ferguson, MO and getting worked up all over the country, and abroad, over the unfolding events.  The reason is that police shot and killed an unarmed 18-year-old young man.  The officer in question is white, while the young man in question was black.  Naturally, this has raised issues of the use of excessive force by police and the question of racial motivation on their part.  Additionally, peaceful protestors are being met with force by authorities.  I don't know what happened.   I wasn't there, but I do know that police do abuse their power.  At the same time, I know that people act crazy enough at times that they must be met with force.  The matter should be investigated thoroughly and justice should be carried out.  The problem is escalated, however, when it becomes, in people's minds, an issue of "police" VS "citizens" and/or "black" VS "white".    By all means, justice should be carried out.  I do believe that the standard police are held to should be raised, monitored, and enforced.  But we should all strive to remember that we are all people and refrain from oversimplifying our outlook to one of "Us" VS "Them", which can only perpetuate the cycle.

Men and women; Germans, ethnic Jews, and Arabs; black, white, brown, yellow, and red people; Muslims, Christians, and Hindus: All are part of the human family.  Everybody is going to have the occasional family member who is just a dick.  I'm not saying that that dick-head family member shouldn't be dealt with appropriately.  What I am saying is that we should abstain from putting labels on the parties involved and join some group.  Life would be better for everybody if we could just learn and apply this one simple lesson.

Taking this a step further, we should all strive toward the non-dual awareness of the Self.  That Self is the underlying Unity of everything.  To know That is pure Bliss.  It is pure Love.  To know this is to know that everything in the world is perfect insofar as it serves the purpose of the world perfectly.  Whether we, as its co-creators, create a harmonious heaven on earth or continue to promote strife, we always have the option of taking refuge in the Peace of Consciousness-absolute.  This is the only safe bet.  We should realize our unity with That because That - which is none other than Peace, Love, Bliss; which brings contentment and equanimity - is the only thing that is permanent.  So long as we reside in the world, apparently cut off from our true nature as the all-encompassing Consciousness-absolute, change is the only constant.  Therefore, take shelter in the Real.  Abide in that which is everlasting, stainless, and unshakable.  Meet me in the place where "you" and "me" cease to be; where there is only one seamless Unity.  May we meet there, merged in Divine Love.  Only then can any conflict truly and permanently be resolved.

Posted by Brandon Ballentine at 1:32 AM