I have noticed that it's very trendy to profess one's lack of need for a Guru.  "But nobody has all the answers," people like to say.  Irrelevant.  The Guru's job description does not read, "answer questions".   "But the Guru is within you!" someone somewhere will counter.  Actually, this claim is true, but the person citing it in this context is invariably misunderstanding the real implications of what this means.  If there is anything that is perceived as other than yourself, you will seldom, if ever, be able to tap into the guidance of the Guru within. 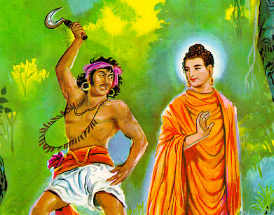 "But even the Buddha said, 'If you meet the Buddha on the road, kill him.'"  If the Buddha did really say that,it is prudent to remember that he was an Indian yogi and he was a Guru in every sense of the word.  He obviously was not saying that you don't need a Guru to become enlightened.  However, if you see the Buddha as something distinct and separate from yourself, it is completely profitable to "kill" that erroneous distinction.  The Guru, as one who is awake to his or her own true Self beyond the body, mind and personality, is instrumental in the awakening of others.


But let's back up a bit.  Many of the people I see denouncing the need for a Guru are people who either don't have anything resembling an accurate concept of what the enlightened state is or they refuse to believe it exists.  In either case, these people are not trying to find what the Guru is able to show them.  Therefore, they are correct: they don't need a Guru.  He wouldn't do them much good anyway. 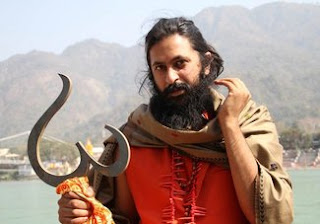 A guy named Vikram Gandhi made a documentary called Kūmārê where he faked being a Swami and a Guru.  He taught his followers that he was "an illusion" in an attempt at hinting that he was a fake. . . in a way that resembled (but definitely was not) the non-dual philosophy of Advaita Vedānta (which points at the unreality of the world or anything other than the homogeneous Self).  Furthermore, after he came clean and admitted that he had been joshing everybody, he shared that he wanted everybody to realize that they had improved their own lives by simply taking his advice to have more confidence in and love for themselves.  Indeed, they had.  However, Vikram's subsequent assertion that they had never had any need of a Guru is a massive and unwarranted leap.  It presumes that nobody there was interested in what it is that a Guru is there to offer in the first place: self-realization.  Either that or that they were capable of realizing the true nature of Self all on their own which, of course, nobody in this case study did.  The subject of enlightenment was never even addressed.


Interestingly, upon deeper investigation, one finds that it is not only the ignorant who claim that the Guru is not necessary.  Jiddhu Krishnamurti is famous for becoming enlightened and then denouncing Guru-Paramparā, the tradition of self-realization being conferred from Guru to disciple in an unbroken lineage stretching back to the dawn of time.  J. Krishnamurti's teaching was something along the lines of, "You are already the Self; just realize it!"  And he was correct.  However, he gave no method of doing this and criticized others who did.  "Truth is a pathless land," one famous quote goes, "and you cannot approach it by any path whatsoever, by any religion, by any sect." 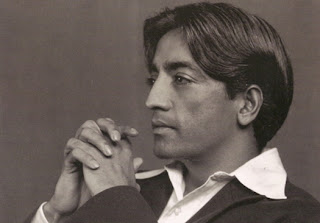 People followed this person who was so anti-guru, as if he were their Guru, for his entire life.  Yet the general consensus seems to be that there was some flaw in his teaching.  A woman I met when I was offering satsang on the the Santa Monica Promenade one time informed me that she used to frequent Krishnamurti's talks.  She seemed to share her teacher's mistrust for Gurus but also acknowledged that the other people frequenting his lectures were not becoming enlightened.  It is not hard to see why.  While his descriptions of his own experience were often clear, to the point, and quite beautiful, there is little-to-no practical benefit to this alone.  According to the scriptures, the company of saints and self-effort both are necessary to achieve self-realization.  People may have benefited from J. Krishnamurti's presence but he did not provide the other piece of the puzzle and actually discouraged people from making use of this advantage.

Personally, I think that his fundamental flaw was failing to speak in terms that were appropriate for his audience.  For example, one of his teachings is that "Awareness is not the outcome of practice."  From his perspective, or from that of one who shares his state, that is true.  Cause and effect are transcended at a certain level of awareness.  I have no doubt that he was speaking purely from experience.  However, for one who is not able to perceive reality from this transcendental state, cause and effect are very much in play and practice is prerequisite to the unconditioned awareness that J. Krishnamurti enjoyed.  Ironically, in his adamant refusal to join the ranks of what he deemed to be "spiritual exploiters" by offering any sort of path, he did much less to help bridge the gap between the level of awareness his audience showed up with and his own than others who were not above such dynamics.


Let's compare him to one of his contemporaries, Osho, in regard to the matter at hand.  J. Krishnamurti undoubtedly held himself to a more rigorous code of ethical conduct.  If half of the stories about Osho's antics are true I, personally, would not have had anything to do with him.  He would not have been my Guru.  However, he did provide his devotees with a mode of practice which would deconstruct the mental conditioning which colours one's perception of reality.  He may have been more of a dick - certainly more fallible - yet somehow he was more effective in his role as a guide.

Another noteworthy character is U.G Krishnamurti (no relation to J. Krishnamurti).  He is very well known for claiming that Gurus are "sellers of shoddy wares" because there is no such thing as enlightenment.  However, he does acknowledge such a thing as a "natural man" and that his own "cataclysm" event was the precursor to his experiencing this "natural state".  Personally, I am not convinced that U.G. had realized everything that there is to realize, if he realized anything at all.  And if he did, he is a hypocrite because he spent something like 12 years following J. Krishnamurti, he spent time with Ramana Maharshi, and he spent several years with Swami Shivananda of Rishikesh.  He acts as if he had whatever realization that occurred to him in spite of his austerities when, in reality, any realization he did have occurred due to his austerities and in spite of himself.

Anti-gurus like the Krishnamurtis - and guru-phobic sentiments in general - are massively popular among the ignorant.  But is it really of any benefit for one to hold onto this idea?  The ignorance of the transcendental Self is due to the fact that it is obscured by erroneous mental conditioning, which can all be traced back to ego.  The biggest ego trap there is is to assume that we do not need the assistance of someone who is already self-realized: who sees through our mental bullshit.  Performing the austerity of serving a self-realized master as Guru is the most surefire and expeditious way to burn off the mental conditioning that keeps us from fully and permanently realizing our natural condition: the enlightened state.  The insistence by the ignorant that no such thing is necessary is purely egoic self-preservation.  While a couple of people who had left ignorance behind did push this idea, that does not mean that they were correct.  If you don't believe me, just go and get yourself lost in any bustling metropolis and ask a local how to get to the intersection of Fifth and Main.  In almost every case you will find someone knows how to get there him or herself but isn't capable of giving you reliable directions.
Posted by Brandon Ballentine at 9:47 PM